Facts about Melatonin and Sleep 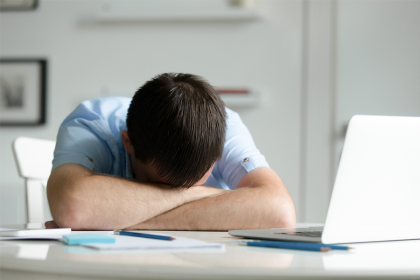 Melatonin has recently been in the spot light, mainly helping people with sleep. However, there are health concerns with it particularly people becoming dependent on it to sleep. This blog will synthesize the research surrounding melatonin.

A good place to start the talk about whether oral melatonin is good or bad is to know what melatonin is. Melatonin is a hormone in our body, where the basis of it is the amino acid L-tryptophan (every amino acid in the human body has the levorotation [L] designation). Tryptophan is then converted to 5-hydroxytryptophan, serotonin, N-acetyl-serotonin, and finally melatonin. This is carried out by specific enzymes: tryptophan 5-hydroxylase, aromatic L-amino acid decarboxylase, serotonin N acetyltransferase, hydroxyindole-O-methyltransferase respectively. From a macro and micronutrient point of view, people need to have adequate amounts of protein and micronutrients. This allows the enzymes to function properly as well as the building blocks for melatonin and its intermediates. Some people may need more of a certain micronutrient compared to others to produce ideal amounts of melatonin in the body, and that is a field called orthomolecular medicine.

Melatonin has many roles in the body, including immune function, oxidation protection of pineal gland, eye pigmentation regulation, and cancer prevention. Melatonin’s most well-known role in the body is helping the brain fall asleep. It is released by the pineal gland at night. What causes the release from the pineal gland is the absence of light. So light exposure during nighttime (i.e. phone and television usage before falling asleep) disrupts melatonin release, and interferes with a person’s circadian rhythm, which is the body’s natural rhythm to release hormones throughout the day at specific times.

The Opposite of Melatonin

Cortisol with regards to the circadian rhythm is the opposite of melatonin. It is released from the zona fasciculate layer of the adrenal gland. Cortisol is supposed to be released in the morning and have it wane throughout the day and night to a low level, until the next morning when there is the next surge. That surge is supposed to wake you up immediately in the morning (cortisol awakening response). It then tappers out through the day until nighttime arrives.

Peoples’ circadian rhythms can be disrupted, causing improper release of cortisol. It is common that people cannot fall asleep immediately (because their mind is racing), not getting adequate amounts of sleep on a consistent basis and being tired throughout the day, and having difficulty waking up in the morning (and relying on caffeine to wake up) when their circadian rhythm is disrupted.

Why Melatonin is used

The concern about taking oral melatonin as a supplement is the possibility of having some sort of negative feedback response. The fact of the matter is that melatonin is found in at least 400 times the amount in the gut compared to the pineal gland, suggesting melatonin doesn’t cross the blood brain barrier and directly affect the pineal gland. It has also been determined that melatonin is not associated with negative feedback mechanisms like other exogenous hormones (example: male taking testosterone for hair loss/low libido will shunt natural testosterone production by Leydig cells in testes).

As a practitioner, I have had patients walk into my clinic already taking melatonin. Many of these patients can’t sleep without it. That situation conveys dependence, however, the melatonin they are taking is probably taking in incorrect amounts at incorrect times. The analogy I use for this situation is that the patient has a car stuck in the mud. They have been lightly stepping on the gas and digging a bigger rut for them to get out of. The correct protocol for that individual is a huge push that the patient will get out of that rut. That protocol to get out of that rut needs correct dosage and timing (as well as to rule out other possibilities of inability to sleep), that needs to be consulted with practitioners that are well-versed in nutrition/functional medicine.

Why I say that is because most of the time when I work on helping people sleep better, there are other things involved with sleep that are addressed other than just melatonin, like spine health, sleep position, blue light exposure, other supplements possibly needed, etc. If melatonin is warranted to help with sleep, it is important to get melatonin from a high-quality source that won’t have any contaminants that could disrupt your endocrine system.

Another resource for melatonin can be found here: https://www.healthambition.com/melatonin-help-sleep/ 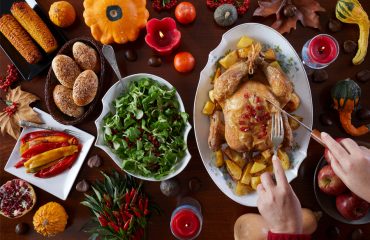 Why Eating Turkey at Thanksgiving Makes you Tired