Gut health is one of the foundations of health that is often dysfunctional and overlooked in many people in the United States. Gut health issues can manifest as many different signs and symptoms, including: anxiety, depression, skin disorders, bloating, bad breath (halitosis), brain fog, food sensitivities, and many other. One important aspect with gut health that contributes to many of those signs and symptoms is gut bacteria, also known as microflora. This is also a field in healthcare that is getting more recognition and is getting studies published about its importance on a daily basis. Before we discuss the roles in our bodies that our microflora plays, it is important to know some basic concepts.

Throughout the digestive tract, there is bacteria and yeast found on the single cell-layered lining. There are higher concentrations of those yeast and bacteria in the large intestine (colon) compared to the small intestine. Normally, the bacteria and yeast either have a symbiotic (mutually beneficial) or commensal (beneficial for bacteria with human unaffected) relationship. When there is something pathological with the bacteria in our gut, that means the bacteria and yeast are benefiting while harming the human host. The normal balance of bacteria can be thrown off by both physiological and environmental factors, which can make those bacteria pathological. Some physiological factors that can throw off the normal balance include thyroid dysfunction, chronic inflammation, autoimmunity, hypochlorhydria (low stomach acid), and many others. Environmental factors include antibiotic uses, pesticide/insecticide exposure/consumption, poor diet, and many others as well. Essentially, there are a lot of factors that can throw of the normal balance of bacteria, so it is important to do as many things as possible to keep that normal (or at least as normal as possible).

Normal balance of bacteria also involves concepts including probiotics, prebiotics, and postbiotics. Probiotics are strains of bacteria that are taken orally to replenish the good bacteria in your digestive tract (particularly your colon). Prebiotics are what the probiotics/bacteria consume, while postbiotics are the compounds the probiotics/bacteria excrete. Ideally, people consume healthy prebiotics (vegetables) that get consumed by beneficial bacteria, which produce short-chain fatty acids (SCFA). In particular, the SCFA produced is butyric acid, which is the main fuel source for the colon cells (colonocytes). The cycle between the bacteria consuming prebiotics can be disrupted if there are more than normal unbeneficial bacteria and/or the prebiotic consumed isn’t healthy (like fast food). That disruption will cause suboptimal postbiotics (butyric acid) to be produce, which means the colon won’t get the necessary fuel to function correctly. Colon dysfunction is the ultimate result of improper bacteria and prebiotics consumed, so whenever there are colon issues it is important to address both the bacteria and what the person is eating.

Probiotics should be beneficial for whatever dysfunction going on with the colon. However, taking a probiotic could worsen a condition called SIBO (small intestinal bacterial overgrowth). SIBO is a subclinical infection of the small intestines where there is a translocation of bacteria from the large intestine to the small intestine. The reason why probiotics would make SIBO worse, is because the probiotics is adding bacteria to an area of bacterial overgrowth. The most common symptom would be bloating after taking a probiotic. If bloating does occur, then it is important to first make the probiotic is high-quality, then to see if there is SIBO is present by a functional medicine practitioner. Often times, there’s a spasm of the ileocecal valve (ICV) whenever SIBO is suspected.

When deciding what probiotic to take, you should look for a high-quality probiotic that is tailored whatever ailment is trying to be corrected. At Functional Wellness and Chiropractic Center, we can help get the right probiotic for whatever dysfunction may be going on, or just for general wellness.

The Pros and Cons of a Vegan Diet 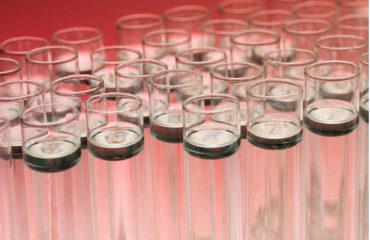 If You’re Not Assessing, You’re Guessing