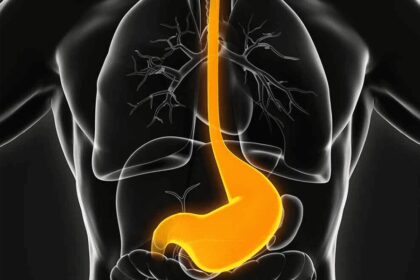 Are you someone who always has some sort of digestive issues going on? Chances are you have some degree of low stomach acid, also known as hypochlorhydria. Hypochlorhydria is a condition where the parietal cells of the stomach are not producing the correct amount of stomach acid to properly digest food. The absence of stomach acid production is known as achlorhydria, and is much more serious of a condition (just a more severe version of hypochlorhydria). Common signs and symptoms of hypochlorhydria include incomplete breakdown of food found in stool, constipation, diarrhea, abdominal bloating/distention/discomfort, foul smelling stool, chronic bad breath (halitosis), anemia, and malabsorption syndrome. There are many causes to hypochlorhydria with the main culprits being environmental toxins, nerve dysfunction, proton pump inhibitors (PPIs), infection, and immune system dysregulation.

There are 84,000 chemicals in product on the market that people use every day, yet only 1% of those chemicals have been studied for safety. The reason why environmental toxins (compounds that aren’t naturally in our body and/or serve no physiological purpose) are detrimental to human health is because humans don’t fully understand what the majority of those chemicals do in human physiology. Both natural and synthetic toxins disrupt mitochondrial function. When stomach acid takes 600 times more energy to create than any other compound in the body, it is easy to see that stomach acid is usually the first thing to decrease when there are toxins interfering with mitochondria.

The reason why it takes 600 times more energy to create stomach acid is because the concentration of Hydrogen ions (protons) are 3 million times more concentrated compared to blood (hence the differences in pH). All that energy goes towards the H+/K+ ATPase, which is the enzyme that creates that proton concentration gradient (which is the acidic portion of stomach acid), and is the target for a class of drugs that are supposed to decrease stomach acid.

Those class of drugs are called proton pump inhibitors (PPIs). They do exactly what their name says and inhibit protons from being pumped and creating the proton gradient. PPIs are often times prescribed for gastroesophageal reflux disease (GERD), and the whole thinking behind PPIs for GERD is to reduce stomach acid so that it doesn’t go back into the esophagus and erode the tissue. In theory that makes sense, however, that just disrupts function of the lower esophageal sphincter. It is the lower esophageal sphincter that is the barrier between the esophagus and stomach that doesn’t allow stomach acid to splash back up and cause tissue damage, and it contracts more the lower the pH of stomach acid.

The Journey Past the Stomach

When the stomach breaks down food with stomach acid, the resulting mixture is called chyme. Chyme then moves from the stomach to the duodenum (small intestines) for chemical breakdown and absorption. The chemicals involved are mainly enzymes from the pancreas and bile from liver/gallbladder. The release of those chemicals are pH-dependent of the chyme that moves into the small intestines, which is part of the Migrating Motor Complex (MMC). The lower the pH (more acid) of the chyme means the stronger release of chemicals into the small intestines, which means the stronger the MMC. It is the MMC that dictates how quickly food moves through your intestines through smooth muscle contraction (peristalsis), which the Vagus nerve is also responsible for. If someone’s hypochlorhydric, that means they have decreased peristalsis via the MMC, which means they can’t move food quick enough through their digestive tract and that person becomes constipated.

Long story short, hypochlorhydria can be one of the causes of constipation. When you add in the fact that bacteria process/ferment food for a longer period and have that sit in a container (human body) at 98.1 degrees Fahrenheit for longer than normal bowel transit times, you can have that food start to smell rancid. Particularly, it is the oils in the food that putrefy and cause awful smells. If that situation happens on a regular basis, those smells will leak out of both ends of the digestive tract and is one of the causes from chronic bad breath (halitosis) and foul-smelling stool.

As mentioned earlier, the Vagus nerve is responsible for the Migrating Motor Complex (MMC). Along with controlling the release of digestive juices and enzymes as well as the transit time of food, the Vagus nerve is responsible for controlling intestinal inflammation and maintaining intestinal membrane integrity. Controlling both inflammation and intestinal membrane integrity are important for the prevention of chronic diseases, including infection and autoimmunity.

Helicobacter pylori (H. pylori) and Small Intestinal Bacterial Overgrowth (SIBO) are two common infections associated with hypochlorhydria and a decreased MMC. H. pylori resides in everyone’s stomach lining; however, it doesn’t cause any problems unless it becomes infectious. The way H. pylori becomes infectious is when the Vagus nerve isn’t functioning optimally, and the Vagus nerve can function suboptimally from many factors, one of them being the H. pylori infection itself. It’s a chicken-and-egg situation where we don’t know what aspect is the true cause, but the way you treat it is the same. What I recommend for my patients with H. pylori infections are Vagus nerve exercises while taking herbal supplements (oregano and berberine based) that will deal with the infection. The exact same can be said with SIBO as far as treatment, but with a low FODMAP diet aspect involved.

Autoimmunity, by definition, is the immune system attacking host tissue to get rid of that tissue, so it can be thought of a pruning aspect to our immune system which is inherently supposed to keep us healthy. Reason why I say that is because humans get 8 cancer cells every hour due to environmental (pollution) and biological (DNA replication) factors. It is the job of our immune system to get rid of those cancer cells before they affect other cells in the area. When autoimmunity becomes an issue is when a person cannot handle those factors and it is either the immune system that gets confused on what to attack/not attack or the tissue itself becomes unrecognizable by the immune system and thinks that tissue isn’t host tissue.

There is a lot of debate on whether it is the confused immune system or aberrant host tissue that is the cause of autoimmunity. I personally think that it is a combination and to determine it is case by case. Loss of intestinal membrane integrity (leaky gut) precedes every autoimmunity condition. The way autoimmunity plays into hypochlorhydria is that the immune system can attack the cells responsible for producing stomach acid (parietal cells of the stomach). If the parietal cells are being attack by the immune system, that just means there is less of them to produce acid, and therefore less stomach acid.

The biggest problem that could result from having low stomach acid (as well as any other digestive issue) is malabsorption of macro and micronutrients. Malabsorption can range from a wide array of signs and symptoms, because the level of malabsorption is on a spectrum. Such signs and symptoms include fatigue from suboptimal mineral intake(mild) to muscle wasting disease from not absorbing protein (severe).

It’s important to make sure stomach acid levels are optimal, because that will give you the greatest chance to absorb everything you put in your body properly, and therefore thrive in life!

Miyano Y, Sakata I, Kuroda K, Aizawa S, Tanaka T, Jogahara T, Kurotani R, and Sakai T. The role of the vagus nerve in the migrating motor complex and ghrelin- and motilin-induced gastric contraction in suncus. PLoS One. 2013 May 28; 8(5): e64777. 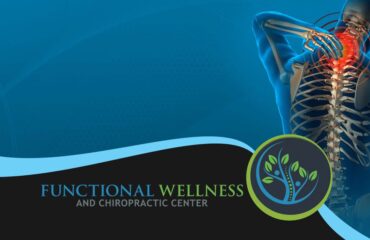 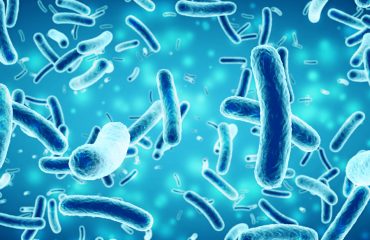 Do you know about SIBO (Small Intestinal Bacterial Overgrowth)? 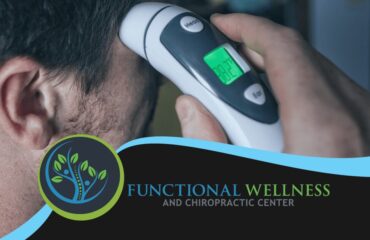 Madison-ians Do You Suffer From Chronic Fatigue?