Is stress making you dehydrated?

A study done shows that as much as 75% of Americans are dehydrated. So that begs the question: why are so many Americans dehydrated? The most obvious and correct answer is that people are not drinking enough water. Generally, people should drink half their body (pounds) in fluid ounces every day and 6 fluid ounces for every 15 minutes of exercise. For example, if you weigh 200 pounds and work out 30 minutes, you should drink 112 fluid ounces (100 fluid ounces for the body weight and 12 fluid ounces for the 30 minutes of exercise). There are some other factors that influence how much water to consume, like activity level and region of the country you live in. The more active a person is and the hotter the climate, the more water a person should consume because the demand for water is increased and people should compensate for that.

Body weight and fluids, living in Wisconsin and its scenarios.

Living in Wisconsin though, the half the body weight in fluid ounces and extra for exercise is a really good goal to achieve every day. If someone is drinking half their body weight in fluid ounces and are still dehydrated, there’s often times something else going on that needs to be addressed. That “something else” that needs to be addressed is quite often the hormones that are responsible for blood pressure and electrolyte balance. Those hormones are mainly vasopressin/antidiuretic hormone (ADH), aldosterone, and atrial natriuretic peptide (ANP). These hormones control blood pressure and electrolyte balance by allowing the nephrons of the kidney absorb electrolytes at different points of the nephron, which then water will follow via diffusion because of the concentration gradient of the electrolytes. If a person is dehydrated, the nephrons will absorb more electrolytes (and therefore water), which then gets recirculated back into the body. If the electrolytes and water don’t get absorbed by the nephrons, then they ultimately get excreted out of the body because they aren’t absorbed back into the body after initially getting filtered out of the body (through the glomerulus of the kidney).

The point of that short physiology lesson is important in understanding that if there is some sort of hormone insufficiency, then that ultimately means that electrolytes and water cannot be absorbed back into the body making it impossible to increase hydration levels regardless of how much water is consumed. In this case, dehydration isn’t a water issue, it is hormone issue. Quite often what I have seen clinically, people have issues with one of the main hormones responsible for blood pressure and electrolyte balance, which is aldosterone. Inadequate aldosterone production is usually a result of two scenarios: inhibited cholesterol production and chronic stress.

The other scenario I mentioned earlier that could lead to inadequate aldosterone production is chronic stress. When someone is stressed, the stress hormone cortisol is produced in the adrenal gland (different layer from aldosterone in the zona fasciculata). When that stress becomes chronic, then an elevation of cortisol levels throughout the day occurs as a compensation for the sustained stress. Since the body has a finite amount of cholesterol to make into the adrenal hormones, the human body has a hierarchy of hormones and prioritizes the production of some hormones over others. Production of the stress hormone cortisol gets prioritized over the rest of the hormones (because simply without cortisol humans would die like an extreme case of Addison’s disease) and that means the other hormones aren’t going to be produced as much. The hormones that don’t get produced as much because of the reallocation of cholesterol to cortisol in order is dehydroepiandrosterone (commonly known as DHEA), sex hormones (such as testosterone and estrogen), and then finally aldosterone. There’s a lot of clinical implications by the time someone is suppressing aldosterone to make cortisol, because at that point their immune system isn’t function as well as it should due to the suppression of DHEA and that their sex hormones are dysfunctional and likely experiencing a decrease in libido (sex drive). This phenomenon is sometimes referred to as pregnenolone steal. But the purpose of this blog is to discuss the clinical implications of hydration levels, and the whole point of this paragraph is to explain that people cannot make enough aldosterone to absorb water and electrolytes, because the building blocks that normally would go towards aldosterone production are being used to produce cortisol.

To add to this whole dehydration epidemic, salt was thought of for many years as the boogeyman of high blood pressure. Although salt can cause high blood pressure (especially people who are genetically more sensitive to salt), there are other causes that are a lot more common that cause high blood pressure, including: inflammation, lack of exercise, sleep disorders, being overweight, overconsumption of alcohol, and a few others. The reason why salt can raise blood pressure is because the added electrolytes help with the diffusion of water in the nephron (like I mentioned before), so it therefore can help with hydration levels regardless of any potential hormone dysfunction. Through that mechanism, adding salt to water and/or food is a great way to help with hydration levels, especially for those who have lower blood pressure. People who have higher blood pressure should monitor their blood pressure if they plan on adding salt to their water and/or food to help with their hydration levels. The kind of salt that I would recommend for people are Celtic, Pink Himalayan, or Redmond’s sea salt because they contain all trace minerals that are found in the body used for enzymatic function, and just avoid all of the commercial iodized salt.

How can we deal with dehydration?

My favorite way to deal with dehydration is supplementing by supporting the adrenal glands and getting a good ratio of electrolytes that allow for the high absorption in the kidneys. The adrenal support would be tailored towards trying to modulate hormone secretion, in particularly keeping cortisol from being produced too much. The product Cortisol Pro® has ingredients in it that will help with that. As for the electrolytes, the product Dynamic Hydrate® has highly bioavailable forms of the minerals to allow high rates of absorption.

Even though the vast majority of Americans are dehydrated, there are actually some people who are over hydrated. Overhydration may be a result of the opposite scenarios I mentioned earlier, where people drink too much water, consume too much salt, have some sort of hormone issue, or some other scenarios that I didn’t mention. People who consistently drink too much water can ultimately suppress the hormones I have mentioned earlier, and that could manifest as some long-term health complications (like pituitary dysfunction from aberrant ADH formation/release).

Both the Cortisol Pro® and the Dynamic Hydrate® are products that should be used under practitioner supervision, either by Functional Wellness and Chiropractic Center or someone else trained in functional medicine. Both can be ordered HERE after setting up an account. If you have any questions, feel free to reach out to Functional Wellness and Chiropractic Center. 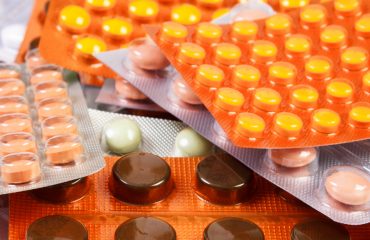 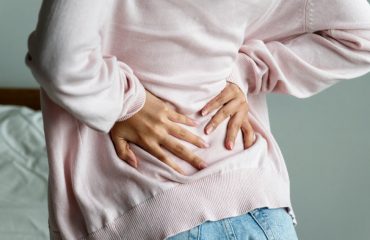 What are Some Red Flags for Low-Back Pain? 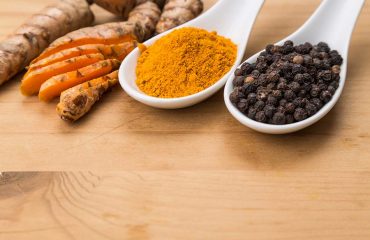 Are all Curcumin Products the Same?